How often in life do you find someone who hits all the notes?

Seriously.  I’m not talking about ringing your orgasmic bell in multiple positions, I’m talking about what makes up your whole being, the tune, the tremor, the composition, the key.  A human being whose orchestration is identical to your own.

There seems to be a lengthy pause.  A recollecting of the individual nuances and rhythms, the high notes and low notes. 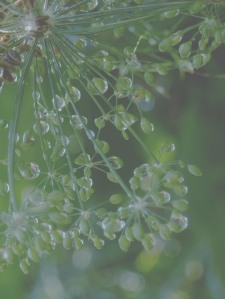 Not one person is an absolutely perfect match.

There is going to be, somewhere, at some point in the melody, a disharmony.  A chord that doesn’t blend, a flat where there should be a sharp, an overlap of keys.

It’s no wonder that the cultural expectation of true love, the fairy-tale fed expectation of happily-ever-after, is an elusive composition most often ending in a separation.

As a finely tuned human, you are going to have your own melodies, your own rhythms.

You likely know that a Bach type will likely not mesh well with a Joan Jett type.  Similarly, the Celtic Bagpipes camp is going to be at odds with the Lil Wayne camp.

Accordingly, you make your choice for companions, be it in friendship or partnering, by matching your ‘music’ as best you can.  Perhaps even finding someone who fits a two or three-part harmony on occasion.

Then, because life is simply not simple, there will be an unexpected change in tempo at some point, for you or the other party/parties, which changes the balance so much that the chords compete drastically with each other.

How do you handle that?

It’s certainly not the same for every person, but I can tell you how My Love and I handled such a change:  by communicating.  Sure, that involved a few loud discussions.  It certainly involved a few tears.  I hate to admit this, but on one occasion, there were also flying objects.

All of those communications created their own composition.  One separate from the rest, but one that told a story of us.  A story of understanding both sides of the tune, recognizing that the changed tempo actually got our attention and knocked the figurative stuck needle off the track and allowed us each to find new songs for ourselves.

Thankfully, it turns out those songs were in harmony.

“Whenever you find yourself on the side of the majority, it is time to pause and reflect.”

“No one can make you feel inferior without your consent”

It seems that the camps are often split. No matter the topic, the opinion, there’s not much middle ground and all parties line up on one or the other side of the fence, the rope, the line in the sand:

Country vs Rock and Roll.

Ya know? Why is it always one or the other? What is it about us that makes it so hard to come to terms with each other? Why can’t we just agree to disagree, and get along? Why does it always have to be a competition of opinions?

Okay, not a problem that’s left for me to solve, right? But I can share an opinion about a rather minor sort of split.

Dog vs Cat
I saw a post about animals yesterday and found myself countering a recent cat vs dog post last night. The post is about the difference in how dogs and cats greet their owners.

There’s a photo of a dog, mouth in a happy and open pose, tail in the mid position, obviously in wag mode – and the phrase “omg you’re home, I’ve missed you!”
Then there’s the photo of a cat, kicked back in ownership style on a recliner (presumably the master of the house’s favored chair) and with a look of indifference – and the phrase “I see you’re home, feed me now.”
I’ll concede, I have seen cats act similarly (and there’s no question the dog pose was straight on). The strange thing is, the cats we’ve owned (albeit there have only been two) do not fit that stereotype.

Both of our cats were the first to the door as we came through. Both were vying for attention alongside the dog, and both were extremely happy to get that attention.

For the record, both the dog and the cat are trained to expect a ‘treat’ when My Love comes home from work each day. That may be the key… but I get the same reaction whenever I walk through the door. I don’t give treats by schedule. No sirree bob! It’s always going to be a happy little surprise when it comes from me. I’ve always said that our cats truly think they’re dogs. Perhaps that is where the real secret lies. Who knows.

At any rate, could I judge the whole cat kingdom by mine? Could I presume that all cats will playfully box a dog snout several times during the day and the dog would always playfully nuzzle the cat’s belly? Could I solidly state that every cat would sit at the window watching for our arrival and then be the first to the greet us at the door?

See? It’s not that simple. Not one side or the other. And certainly not solid facts splayed across an entire segment of a population based on the action of a few.

So, to speak on behalf of the cats out there: They’re gettin’ a bad rap. Ya gotta give those cats a break!

Understandably, my voice is only truly important to me. But part of that importance is that I share.

Apparently my ego is a bit larger than I thought. This is my little act of voyeurism.

Posts will be about a variety of things.

I may post about steps I’ve taken along the way to find myself.

Expect to see a lot of belief based, Almighty based, Creator based posts.

All of it will be important… to me.

What’s Happening With the Hebrew:

Copyright Hebrew Awakened/Life As A Hebrew